Harkness Screens is celebrating it’s 90th birthday and what better way to celebrate this than by looking back across the decades to some of the first films that were shown it its screens. Journalist Joe Harvey looked back to the year that Harkness joined forces with the Rank Organisation to see what films topped the box office in 1952.

The Greatest Show on Earth – directed by Cecil B. DeMille

Inspired by the story of the Ringling Bros. and Barnum & Bailey Circus, this technicolour movie was the highest grossing movie this year and even took home the 25th Academy Award for best film. Starring Betty Hutton and Cornel Wilde as trapeze artists competing for the centre ring.

Receiving critical acclaim, the real life Ringling Bros. and Barnum and Bailey’s Circus troupe feature in the film. As a result the film shows the great logistical effort that went into the arrangement of the top circuses of the time. Cecil B. DeMille, the films director, was even awarded a Golden Globe for Best Director during awards season in early 1953.

Singin’ In The Rain – directed by Gene Kelly & Stanley Donen

Set in the late 1920s, Singin’ In The Rain, depicts the stories of three Hollywood stars during the beginning of the ‘talkie’ era. Gene Kelly plays the leading man in the film, choreographed the dance sequences and even directed the movie alongside Stanley Donen.

Despite being relatively unsuccessful following the films release, the movies stars received various awards, as well as the writers for their part in the production. To this day, Singin’ in The Rain, is highly regarded amongst critics and is still thought of as the greatest musical of all time.

Written by John Steinbeck, Viva Zapata, is a fictionalised biography of Mexican revolutionary Emiliano Zapata. Following Zapata’s rise to power in the early 1900s, all the way to his death, director Elia Kazan and producer Darryl F. Zanuck, examined many photographs from the period in an attempt to make the scenes as authentic as possible.

Marlon Brando played the lead, but it was Anthony Quinn who gained the most critical acclaim. Portraying Brando’s brother, Quinn received the Academy Award for Best Supporting Actor and would be the biggest award that the film received.

The Bad and the Beautiful – directed by Vincente Minnelli

A melodrama that tells the story of an unlikeable film producer, The Bad And The Beautiful received five Academy Awards from six nominations, despite not being nominated for best picture or best director. In 2002, the United States Library of Congress deemed the film as culturally significant and has since been preserved in the National Film Registry.

Released in late 1952, Kirk Douglas did receive an Academy Award nomination for best actor, but it was Gloria Grahame who was the only member of the cast to win an Award. Grahame was named the Best Supporting Actress, despite only appearing on screen for nine and a half minutes.

Based on ‘The Tin Star’ by John W. Cunningham, High Noon starred Gary Cooper, who received an Academy Award for his role as the lead. By this time, Cooper had become a regular in Western’s and his performance in High Noon was one of his best to date.

Acting opposite Grace Kelly, who would retire from acting four years later to marry into the Monaco royal family, the pair play newlyweds preparing to leave the town where Cooper’s character serves as Marshal. They are unable to depart when a gang that has just been released from prison come back to exact revenge on the Marshal that put them in prison.

A drama by Paramount Films, Come Back, Little Sheba is an adaptation from a play of the same name by William Inge. Burt Lancaster and Shirley Booth play a married couple whose marriage is put on a rocky road when Terry Moore’s character rents a room from them.

This was a debut on the silver screen for several involved. This was Shirley Booth’s acting debut, just as it was for director Daniel Mann. An entry for the 1953 Cannes Film Festival, the film is still highly regarded to this day.

The third film to be named Moulin Rouge, this British drama film was directed by John Huston and received seven Academy Award nominations, three BAFTA Nominations and was the recipient of a Golden Globe.

Starring Jose Ferrer and Zsa Zsa Gabor, the film follows the story of their characters in 19th century Paris, as well as the bohemian subculture that surrounds a burlesque palace called the Moulin Rouge.

Inspired by the life of Danish poet and scholar Hans Christian Anderson, Danny Kaye portrays the Dane in this musical. Not a biographical representation of Hans Christian Anderson’s life, Anderson is portrayed as a cobbler, instead of the mind that brought us The Ugly Dduckling, Thumbelina and The Little Mermaid.

With several parts of the film told through song and ballet, several of Anderson’s most famous tales are referenced throughout. An international success upon release, this secured Danny Kaye as a mainstay in Hollywood musicals, going on to co-star Bing Crosby in 1954s White Christmas.

A comedy directed Howard Hanks, who also directed the original Scarface movie, Cary Grant plays a research chemist who is trying to develop the elixir of youth. It is in fact one of Grant’s chimps that creates the elixir, leading to a series of comical events. The elixir is placed in a water cooler in the laboratory.

Grant drinks some of his ‘elixir’ along with what he believes to be water from the cooler. He begins to act like a young man again, taking his boss’s secretary, played by Marilyn Monroe, out on the town. Several of the other scientists also drink the ‘water’ and begin acting childishly, as does Grant’s wife, Ginger Rogers, who calls her former partner, leading her mother to believe that she is in an unhappy marriage.

A technicolour film directed by John Ford and starring John Wayne, The Quiet Man, was a step away for the pair from western’s, but proved a success. Inspired by a Saturday Evening Post short story of the same name, the film received an Academy Award for the Best Director and Best Cinematography.

Shot on location in County Mayo and County Galway, much of the film is set in Ireland where Wayne’s character returns to Ireland to repurchase his family’s farm. He goes on to fall in love with Maureen O’Hara’s character leading to unrest in the local villagers. 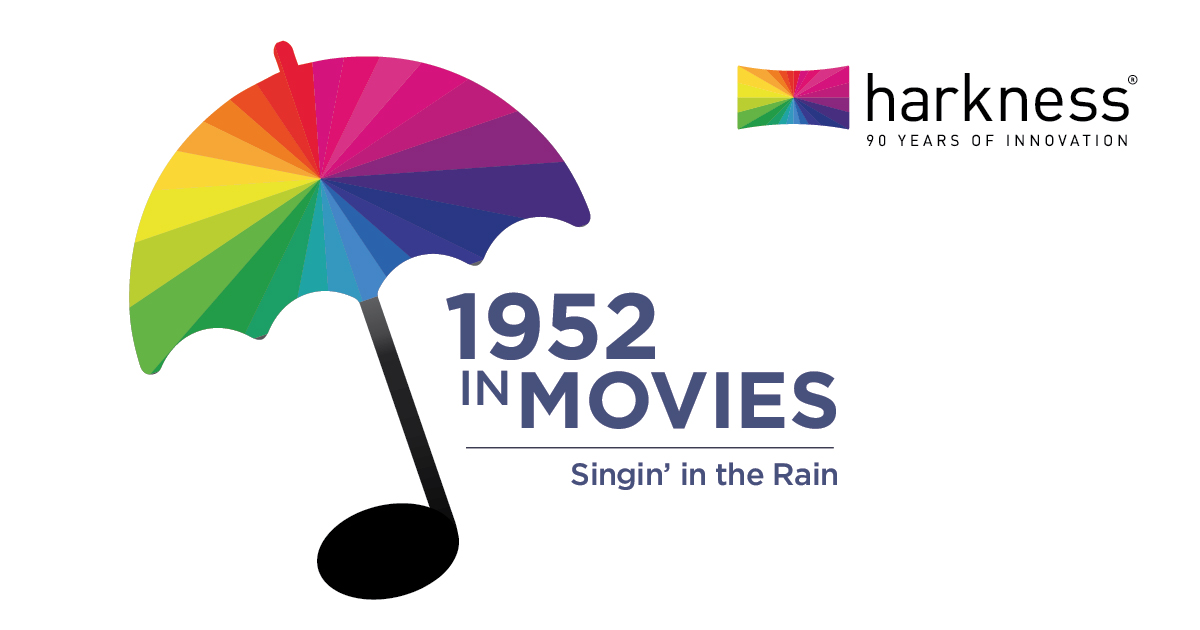