“It feels like a US start up”, that’s what Anthony Kelly told journalist Joe Harvey when they spoke by Microsoft Teams this week. Harkness Screens are using screen technology to provide sneeze guards, counter top barriers and distancing screens; primarily for cinema reopening.

Kelly went onto say; “I worked with our CEO previously, when we both worked in consumer optics with Sola and Zeiss. What I had forgotten was that before that he had been head of product with a major Asian Chemical manufacturer; so when we were impacted by Covid-19 he went into product development mode.”

Nicolas Chiovini works on Cinema Product Innovation within Harkness but for the last eight weeks has been working alongside Kelly to fast prototype a new range, Harkness Protect. Nicolas passionately described the last nine weeks;

“Living in Northern Italy I have witnessed first-hand the devastating consequences of C19; that has also inspired me to generate ideas and prototypes for my colleagues in the USA,” Chiovini said, “Together with Anthony and Cody Polla we have a really interesting face visor going into production that will be critical to the success of cinema reopening.”

Harkness’ Chief Operations Officer, David Burlinson added; “During the 3D roll out in the USA we were working 24/7 to meet the needs of cinema. As we look at face visors and distancing screens, I worry that demand can exceed supply. As other parts of the economy get back on track, it’s those companies that are talking to us today, we just hope that our partners in cinema don’t get left with supply shortages.”

Anthony Kelly sees a number of product initiatives built on screen expertise allowing Harkness’ US factory to pivot and maintain US jobs; “Our CEO was clear, use our screen expertise and existing materials to support society and cinema.”

Cody Polla explained; “We are the world’s biggest maker of screens, our US factory is the largest screen operation in the world. We make screens of whatever size, they can be clear, or they can be red, white and blue.

“It’s what we’ve done for 90 years in cinema and now we can give that knowledge of cinema back to our customers. It avoids them Googling PlexiGlass, Perspex and Clear Plastic; which very often requires additional cost to modify and deploy. I am very proud to say that rather than using imports they will get a screen that’s made in the USA”

Harvey quizzed Harkness CFO, Patrick Carolan about the financial aid in the USA and whether that can stimulate the economy; “The numbers are eye watering and Harkness as of today have received no assistance in the USA but we continue to attempt to get support. The cinema operators have a powerful trade body in the USA and they have secured financial aid for their members. Hopefully their members back US manufacturers like ourselves rather than chasing cents with imported goods.”

The last word went to Kelly who was beaming when he told Harvey; “I expect a range of Harkness cleaning chemicals, anti-scratch visors, cinema glasses coming from our CEO’s product development repertoire. What I cannot wait to find out, is what his product ideas from his time in party retailing with Party City brings to our product range!” 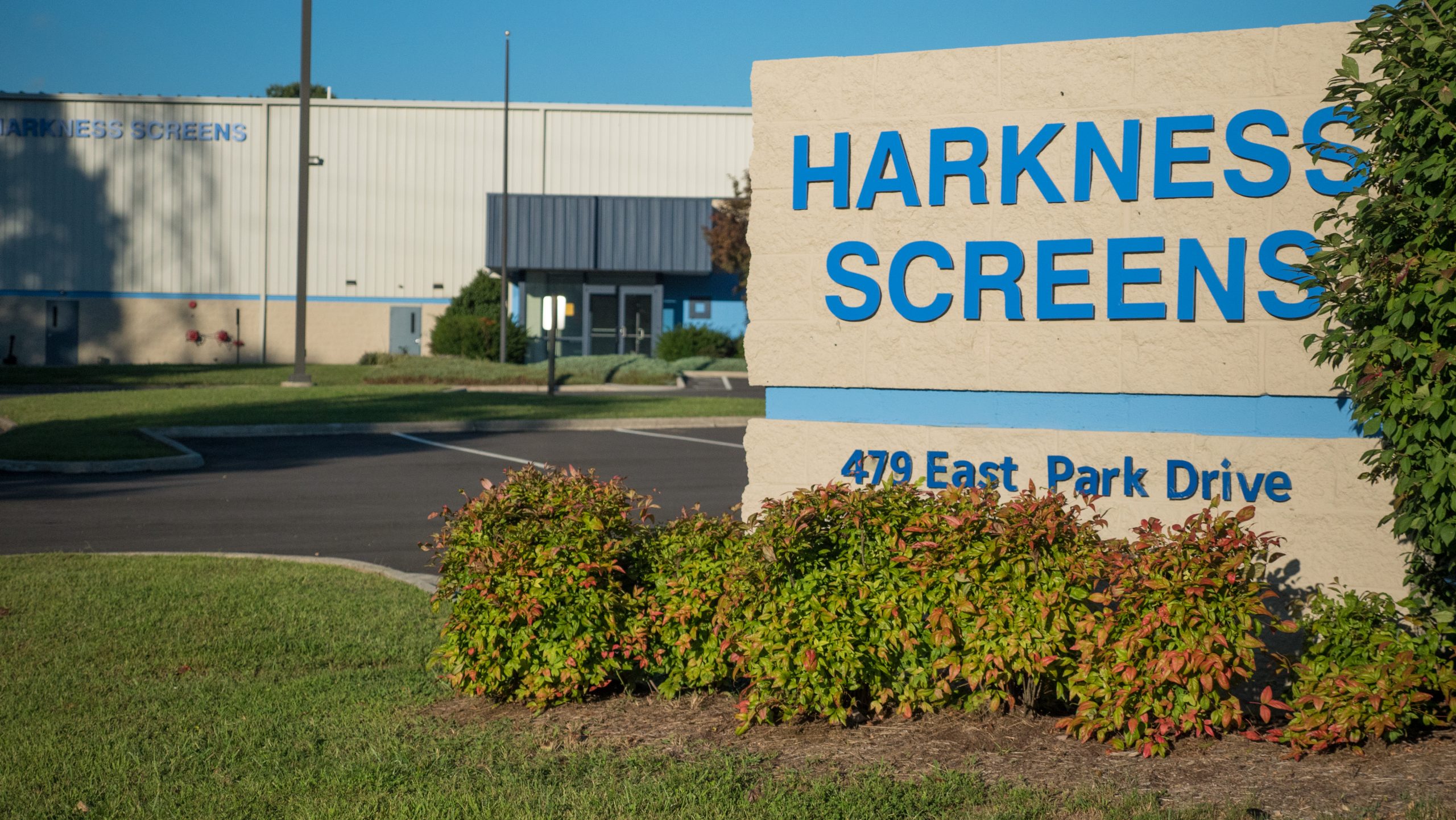