Harkness TV will showcase the work that Harkness Screens do and will be a forum for employees of the company to debate some of the biggest topics in the industry.

“What became apparent to us was that, although we are a visual company, a lot of the content we have been producing about ourselves has been written,” Mark Ashcroft, CEO Harkness Screens, said.

“Whilst that content has been great and our employees have loved being interviewed and showcased, we want to display the innovation that has made us a global brand.”

Two months ago Harkness Screens produced a round table discussion with employees in the United Kingdom, Italy and the United States.

In that round table, the way in which Harkness Screens could aid cinemas and other consumer driven businesses could be aided by the personal protective equipment that the company has developed since the onset of Covid-19.

“I find that by doing more video content it brings an entirely new aspect to display what we do and is in-keeping with the standards that we have set ourselves over the last 90 years,” Ashcroft said.

“I am very much looking forward to the content we will be pushing on the channel and hope that it is educational for people learning about the cinema industry, as well as who we are as a company.” 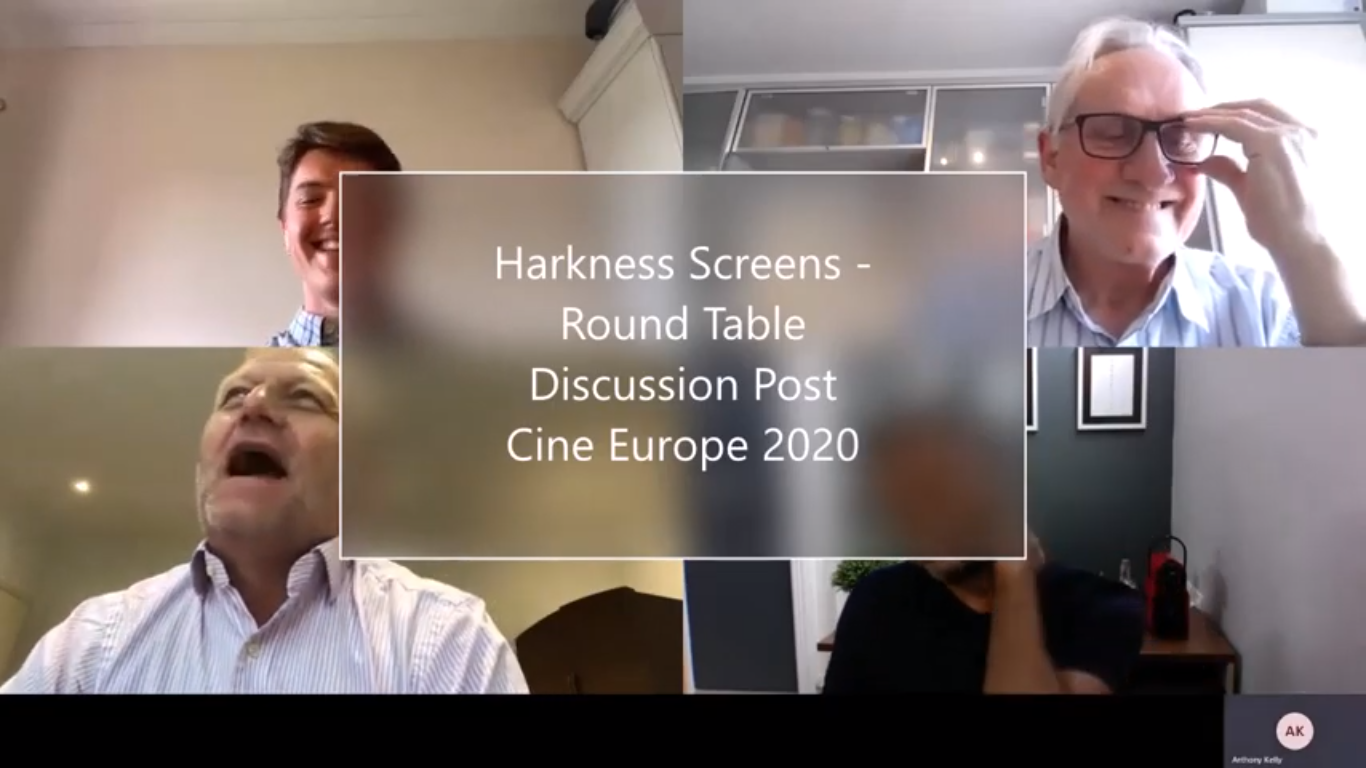